Traveling in Bali, Indonesia :: What I Learned, What I Enjoyed, What I Avoided 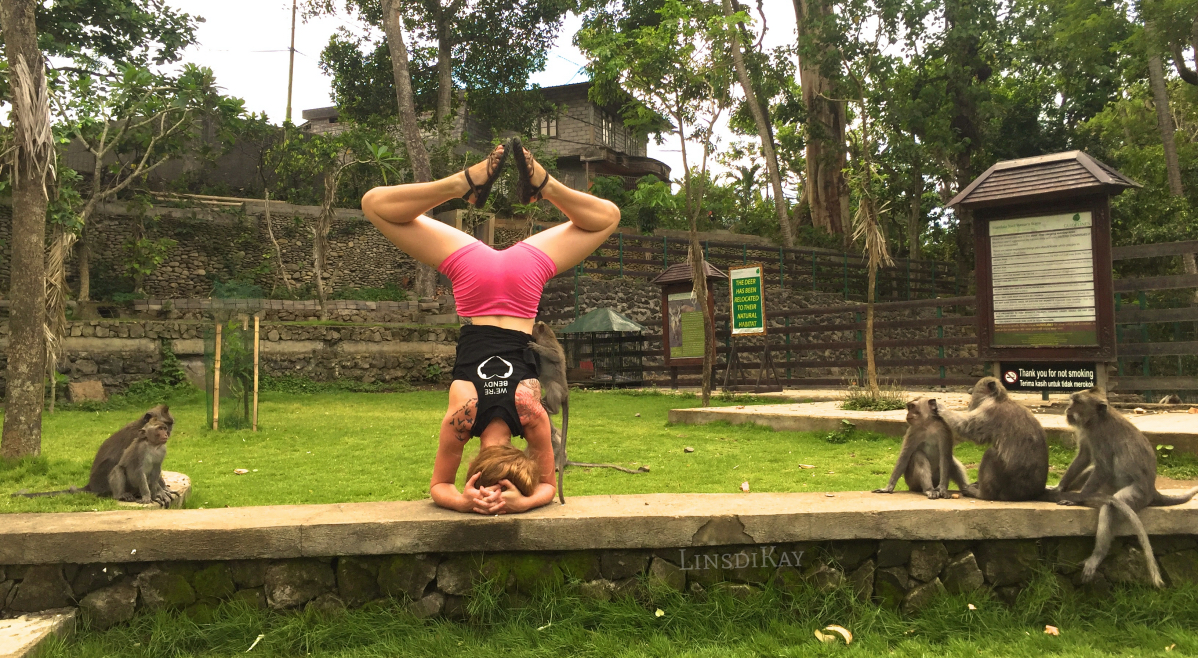 I travel somewhere warm every year…

and this year it was Bali!

I miss Bali so much already. I flew back to the Pacific Northwest just under 2 weeks ago, and I have been freezing cold ever since.

After a month in the tropics, I was finally becoming accustomed to the 80 degree lows and generous humidity. Back here at home, I’m experiencing harsh winter weather, lots of snow, below freezing temps, and 0% humidity…and let me tell you…my body hates it!

I’m stiff all the time–clenched from cold–it makes my muscles and bones ache. Even after an hour+ of yoga in a heated room, my toes are still icicles at the end of class. My circulation is terrible when I am here in the Pacific Northwest. Even in the middle of summer, I suffer from cold hands and feet when I’m here. I figure it’s because of the huge variation in temperature we experience on any given day of the year here in Bend, Oregon. Even in the summer, temps can drop more than 40 degrees from day to night. That’s huge! In Bali, our highs were in the 90’s and our lows were in the 80’s EVERY DAY. My circulation there was awesome. I had no complaints. My feet weren’t cold for a month straight. It kind of blew my mind.

It made me wonder…maybe I’m meant to be in a warm weather climate. Not just mentally–I already knew that! But physically. I love the dryness of the high desert, but not the temperatures.

It wouldn’t be that far fetched of an idea, seeing as I was originally born in Maryland and lived there until I was 7. It was at that point that I moved to Oregon, and it’s served as my home base ever since. I think of myself as being “from” Bend/Sunriver area…but even after spending much of the last 2 decades here, my body doesn’t seem to want to adapt.

Anyway, enough whining about the cold…

Let’s chat about Bali for a bit; what I learned, what I loved, and what I avoided.

What I Learned in Bali

What I Loved about Bali

The Mahi Mahi Pumpkin Lasagne we had in Ubud, Bali. GLUTEN & DAIRY FREE!

What I Avoided in Bali

Leave me a comment below or shoot me an email and I will be happy to answer them! If you yourself have traveled in Bali and have some tips to share that I didn’t mention, please comment them below so that others may benefit from them! ♥